Nea Skioni Chalkidiki Greece | Skion Palace Beach Hotel
The " Skion Palace 4+* " hotel by the sea, witha a huge green area ideal for every person who wants to have a luxury relax, is located in Nea Skioni's natural and tranquil beauty area where the fresh fish is the symbol of this beautiful village in Kassandra, Chalkidiki. This new opened hotel in 2015, have works in progress in order to enrich internal and external "outfit" and satisfy even the most demanded guest. A small earthly paradise is waiting to welcome every guest would like to visit it and feel the hospitality of a more than a 4* hotel.
halkidiki hotels,halkidiki resort,accommodation halkidiki,holidays halkidiki,rooms halkidiki,hotel halkidiki,kassandra chalkidiki,chalkidiki hotels,chalkidiki accomodation,chalkidiki hotel,holidays chalkidiki,resort chalkidiki
16708
page-template,page-template-full_width,page-template-full_width-php,page,page-id-16708,ajax_fade,page_not_loaded,,qode-theme-ver-10.1.1,wpb-js-composer js-comp-ver-6.4.1,vc_responsive

Nea Skioni is one of the most beautiful and picturesque towns of Kassandra,
as it was established in 1918 to the point where had been located fisher huts.

Ancient Skioni was built after the Trojan war and is reported as the first colony of southern Greeks in Chalkidiki. Warriors from Pellini of Peloponnese, after the conquering of Troy, sailed back to their homeland with their boats loaded with slaves and loots. 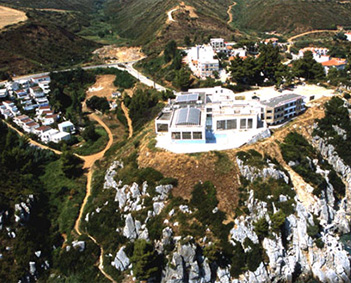 The hot springs of Agia Paraskevi are famous about their healing powers & it was known from the ancient years. It is built on the volcanic ground of Kassandra &the value remains constant over the years for all those who are looking for a healthy place to spend their holidays. 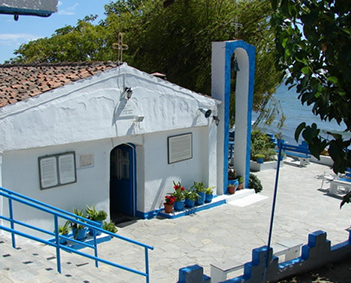 Located about 2 km from Nea Skioni , on the road to the Baths of Agia Paraskevi, stands the church of Panagia Faneromeni.Tradition has it that in the 16th century a villager in the region saw a light approaching the sea shore, thinking that this pirate ship returned to the village. 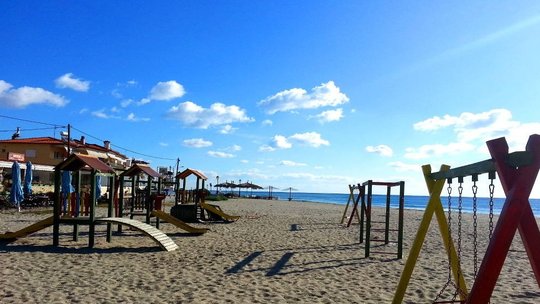 Nea Skioni was established in 1918 where fisherman’s huts existed. It is built near the ancient village of Skioni. The old village was originally located in the hills, which are called Tsaprani & abandoned in 1930. The new village was named after the old one, which was also the oldest colony of Chalkidiki. Nea Skioni is 110 km away from Thessaloniki. Remarkable is the church of Panagia Faneromeni, dated from the 16th century & it is only 2 km out from the village. In the temple the illustration of the Virgin is painted upright a marble statue base & a popular belief says that it arrived there sailing from Thessaly. Today, Nea Skioni is spread around the harbor, where every morning after the catch, many fishing boats are supplying the fish taverns of the village with fresh & tasty fishes. Nea Skioni’s inhabitants are mainly devoted to tourism. The tourists have the opportunity to enjoy the dolphins that are frequently approaching the coast.

THE PENINSULA OF KASSANDRA

The peninsula of Kassandra, every summer, welcomes thousands of visitors in the beautiful beaches that are envied by many from all over the world. It is the most populated part compared to the other two peninsulas of Chalkidiki, which apart from the long distant coasts and the crystal clear waters, it offers the best night life with many options for each and every taste and many events such as Sani’s and Siviri’s festivals. Because of Kassandra’s location, Thessaloniki is closer and easier to approach. Kassandra also impresses from the moment that a visitor passes the bridge of Nea Potidea, since Kassnadra is an island which is separated from the mainland by the canal of Potidea, where from the view is breathtaking, especially at sunsets. 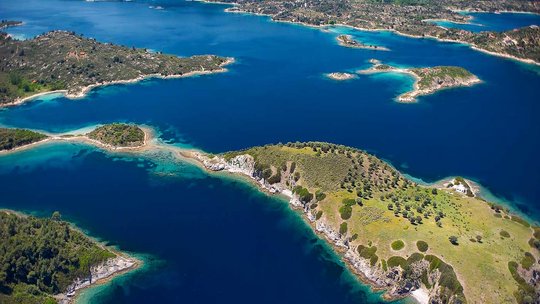 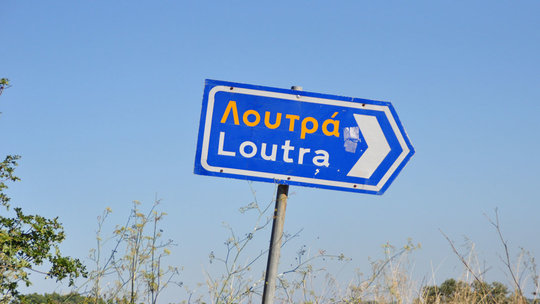 The hot springs of Agia Paraskevi are famous about their healing powers and it was known from the ancient years. It is built on the volcanic ground of Kassandra and the value remains constant over the years for all those who are looking for a pleasant and healthy place to spend their holidays. The tourists can walk alongside the sea on the small bays that are formed by the cliffs and the trees, which stand next to the sea and contemplate the vastness of the Aegean Sea. The austere beauty of the landscape, the labyrinthine caves in the rocky hills and pine trees that are touching the surface of the sea are creating an unparalleled harmony made from nature. Near the springs you can visit villages with many tourists, fresh seafood and many other attractions with great archaeological importance and it is located 120 km away from Thessaloniki and the it’s airport.

The characteristics of the beaches in Kassandra are the long and sandy coasts, the turquoise-colored waters(in some places also shallow and ideal for young children), the organized beaches with sunbeds/ umbrellas/ beach bars/ water sports centers, the ports and the marinas such as Sani’s marina. Below you can find some of the beaches in Chalkidiki.

A long sandy beach in front of many settlements. It features taverns, cafes, bars & apartments to rent. In Poseidi is located the cape of the western side of the peninsula, while at the same time there is also a characteristic lighthouse.

The beach there is organized and taverns, cafes, shops, kiosks and a picturesque harbor with fishing boats can be found around.

A hub, where the road leads to the western side of the peninsula and straight the road concludes to the cape which is named Kanistro. Cosmic beach, busy, well organized with beach bars, tavernas, hotels and apartments.

Another large and popular beach, fully organized with famous beach bars, restaurants, handicrafts shops, markets etc. In those beaches there is also the possibility of water sports.

In the small state if Sani beaches with fine-white sand and shallow turquoise waters can be found. Fully organized with sun beds, umbrellas, famous beach bars, water sports and a diving academy. The Byzantine tower of Stavronikita on the Sani’s hill differs, where an annual festival and other cultural events take place.

A sandy beach in front of the village with many restaurants, cafes , apartments and private villas in piney areas for rent.

Find out more or adjust your settings.

This website uses cookies so that we can provide you with the best user experience possible. Cookie information is stored in your browser and performs functions such as recognising you when you return to our website and helping our team to understand which sections of the website you find most interesting and useful.

Strictly Necessary Cookie should be enabled at all times so that we can save your preferences for cookie settings.

If you disable this cookie, we will not be able to save your preferences. This means that every time you visit this website you will need to enable or disable cookies again.

This website uses Google Analytics to collect anonymous information such as the number of visitors to the site, and the most popular pages.

Please enable Strictly Necessary Cookies first so that we can save your preferences!